A project exposing low-effort and scam hosts that should be avoided.

Status
Not open for further replies.

DAVID B IS A KNOW DDOSER, SCAMMER, AND FRAUD. HOWEVER HE HAS SINCE BEEN FIRED FROM OXHEBERG.

This is a report on David B and his so called company Oxheberg. David B is a scam artist, and hacking enthusiast. He is banned from most providers in the community like Ready2Frag, ReliableSite, and I believe Hetzner for various reasons. Most notably, David likes to delay payments by lying and making excuses. When he's about to pay he'll disappear for a few hours, come back, and act like he never tried to pay you. When he finally "pays" you it won't show up in paypal and he'll have to "call paypal". This is most likely a blatantly lie to delay payment further, as a pending payment would show up on my end.

Then if and when he pays, it's through an eCheck that can take days or weeks to process. This user will stir up a bunch of shit, act like nothing happened then try to apologize to you until you accept it, then he'll do the same shit again.

This user claims to be a part of Oxheberg even though he has no legal status over the company and has numerous times over the past week claimed to be the new CEO then claimed to be fired. He says whatever suits him. There is nothing proving he does or ever has worked with Oxheberg and this may be a purely made up story.

Here is valid proof that David B works at Oxheberg. https://prnt.sc/qn5706 He has been fired.

He also claimed to sue Revenact with "All his legal powers" if we put him on SummerHost.

This user cannot decide when enough is enough and decides to keep causing drama and stirring up shit when he is in no position to do so.

He constantly says one thing, then later falls back and says he never said that. Even when there are screenshots to prove otherwise.

He also charged back on a Nitro gift to someone. https://prnt.sc/qn525y

Wonder why Harry from Zare hates him

I would have to clarify, he was making payments to me personally, not Revenact. But here is some fantastic screenshots of him stalling:

And this is him basically admitting to stalling:

Honestly, this is messed up.
David B has no right of suing in such stuff, threatening of those stuff doesn't even deserve him the right to stay on any service.
I also believe he also said he would sue PayPal a few days ago & ReliableSite which I believe those are lies.
I'm not even sure if he even got his charge back from ReliableSite or he's just trying to mess around.

Anyways, I'd like to get more into this and I believe I saw everything in my eyes, and good thing I didn't accept getting a service with him.

David B came to me & alhassan promoting his free vps for a limited time, which I never accepted actually however alhassan did which makes sense as it was a "one year free VPS".
I honestly don't believe this is an actual VPS but more like a way to blame the client of DDoSing, according to what I saw, or a way of getting IPs.
I've noticed this two times, first the sketchy "one year for free" and second time the downtime and how he IGNORES everyone and honestly I feel like his shit are fucked up and if he wants to sue me, then let him do it cause there is no charges against me, and I believe tommy or Toby can't be sued too as it's invalid too.

Anyways, I know that this DDoSer & alter is reading this and I'm really enjoying it, as he can't do shit about saying true facts against him.
Ah yes, about that David, if you actually want to sue someone, make sure you pay your lawyer first before you sue, or he will drop you and go against you too, maybe learn from your mistake instead of making it worst, child.

So I got a word that he is planning to pursue a lawsuit, fine. I will be waiting for his email.
Reactions: Zack

Would love to add on that David claims to have been studying all day and that this is not him spamming our discord or anything. However, the person I talked to has access to company assets like Tawk.to and WHMCS. I highly doubt his story.

Tobias said:
Would love to add on that David claims to have been studying all day and that this is not him spamming our discord or anything. However, the person I talked to has access to company assets like Tawk.to and WHMCS. I highly doubt his story.
Click to expand...

I highly doubt he's dumb enough to spam Revenact's Discord. It's probably someone impersonating him.

At home, on my computer.

the thing heats up

David B messaged me back and finally gave me the discord nitro that I won and he gave me compensation.
Last edited: Jan 13, 2020

MrSoloHD said:
David B messaged me back and finally gave me the discord nitro that I won.
Click to expand...

Just the fact that he charged back on it does really make him a scum. Trying to clean up his previous acts while literally calling ICE on a law abiding foreign student in a country he doesn't even live in while sending bullshit DMCA won't really help him here

Hi I just wanted to say David did award me compensation for downtime exactly $12.99 USD

All i gotta say 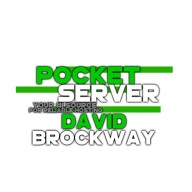 We would like to inform you that Tommy (Eth) has been exposed before for loging users Geo location IP on Revenact without their permission.

Mr Brockway rests his case and will countine to defend his name.

We have processed a DMCA request with OVH for slander

Me Brockway would admit he has stalled on payments due to geniun reason Sag will respond latter to this thread about his experience with Mr Brockway.
Show hidden low quality content

Status
Not open for further replies.

Users Who Are Viewing This Thread (Users: 0, Guests: 1)